Kimberly Ann "Kim" Possible is the titular character and protagonist of Disney's 2002-07 animated television series Kim Possible. She debuted in the pilot opening episode in June 2001, then the actual series in June 2002, and starred in all the episodes of Season 1-4. Kim is a high school student and an undercover secret agent. She is unusual in this field in that she has no secret identity. For the most part, her classmates are aware of her work, but do not comment on it unless it affects them directly. At school, she is the head of her cheerleading squad at school, and a straight-A student. She is voiced by Christy Carlson Romano of Even Stevens fame.

Kim Possible played Daphne Blake in Ash Doo, Where Are You!

Kim Possible played Joy in Inside Out (1701Movies Style) 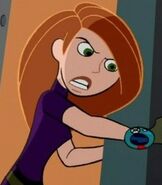 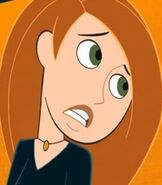 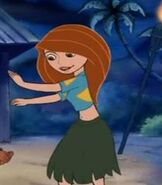 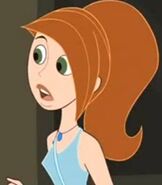 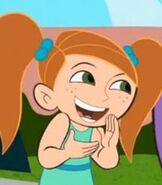 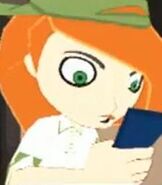