Kotono Mitsuishi (三石 琴乃 Mitsuishi Kotono) (born December 8, 1967) is a Japanese voice actress and narrator from Tokyo. Throughout her life she was affiliated with Arts Vision; she is currently attached to Lasley Arrow. As a young girl, Mitsuishi lived in Nagareyama, Chiba. Mitsuishi graduated from high school in 1986, and entered the Katsuta Voice Actor's Academy. While attending the academy, she began working part time as an elevator girl in the Sunshine 60 building. Afterward, she found a position as an office lady, but because of taking too much time off, she was forced to quit. In 1988, Mitsuishi made her voice acting debut as Tomoyo in the OVA Ace wo Nerae! 2. She became an instant celebrity with her role as Usagi Tsukino, when Sailor Moon debuted in 1992, and her popularity increased again with her role as Misato Katsuragi in the anime TV series Neon Genesis Evangelion, as well as Murrue Ramius in both Mobile Suit Gundam SEED and Mobile Suit Gundam SEED Destiny, in 2002 and 2004 respectively. She later voices the popular character in the One Piece series Boa Hancock. She is considered one of the most influential voice actresses in the business; the animated adaptation of Ebichu was largely produced because of her interest in the project. It was announced on April 27, 2014 that Mitsuishi will be reprising her role as Usagi Tsukino/Sailor Moon for the new series, Pretty Guardian Sailor Moon Crystal. Mitsuishi is married and has one daughter. She rides a Yamaha FZ250 Phazer motorcycle, a habit since her OL days. 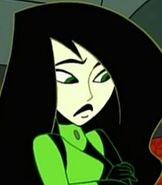