Fa Mulan (花木蘭) is the protagonist of Disney's 1998 animated feature film of the same name and its 2004 direct-to-video sequel. She is the strong-willed and tenacious daughter of Fa Zhou, a war veteran. When her father is called back into battle, Mulan opts to protect him by taking his place under the guise of a male soldier named Ping. Mulan is inspired by the legendary Hua Mulan from the Chinese poem The Ballad of Hua Mulan. She is the eighth official Disney Princess and one of the few who is not actually royalty through either birth or marriage. 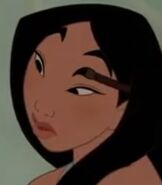 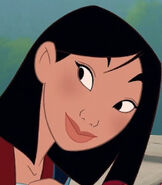 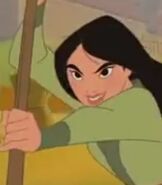 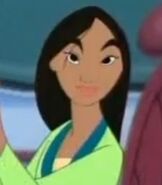 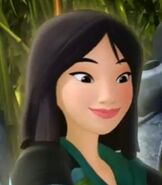 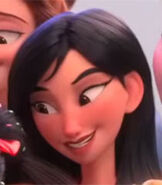