Stephanie Grace Morgenstern (born December 10, 1965) is a Swiss-Canadian actress, filmmaker, and screenwriter for television and film. Born in Geneva, Switzerland and raised in Montreal, Quebec, Morgenstern began her acting career when she was 15. She has worked extensively on stage, film, and television in both English and French. Her most widely seen feature film credits have been The Sweet Hereafter, Maelstrom, Revoir Julie and Forbidden Love. Along with her writing partner and husband Mark Ellis, Morgenstern created Flashpoint, a Canadian TV police drama which premiered July 2008 on CTV and CBS, and ran for five years before the show ended by creative choice in 2013. The show was awarded the Academy Board of Directors Tribute for Outstanding and Enduring Contribution to Canadian Television, in addition to a Canadian Screen Award (2009) and Gemini Award (2013) for Best Dramatic Series. She and Mark Ellis are now in development with two new television dramas. Morgenstern has been twice nominated for Genie (Canadian Academy) Awards for directing the short film Remembrance, which she also co-wrote and co-starred in with her husband Mark Ellis, and co-directing (with her brother Mark Morgenstern) the short film Curtains, which she also wrote and played the lead in. Morgenstern is also widely recognized by anime fans as the original voice of Sailor Venus in the English dub of Sailor Moon, and provides the voice for Yin in the Disney cartoon Yin Yang Yo. 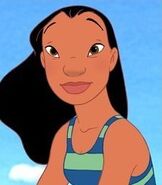 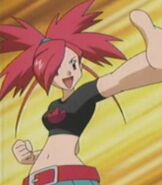