Susan Aceron Gray (July 6, 1972 - October 9, 2016) was a former Canadian actress known mostly as the second voice of Sailor Pluto in Sailor Moon. She has appeared in Shaggy's music video for "It Wasn't Me", as well as a number of movies and television roles. Her birthday is July 6. She has three sons, Nolan, Ryan and Max. Since December 2013, she is a Regional (Edmonton) Vice President of Business Development for Heritage Education Funds, a distributor of Registered Education Saving Plans (RESPs), tax-sheltered education savings accounts registered with the Government of Canada. 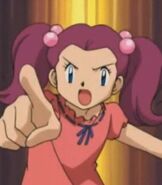